While we are all waiting for the anticipated third game of the worldwide phenomenon that is Kingdom Hearts, Square Enix released a mobile app that’s guaranteed to keep us at our toes: Kingdom Hearts Unchained X.

The story sets you as the main character wielding your very own keyblade in the events before the Keyblade war. In the clichéd battle of light and darkness, Disney and Square Enix manages to keep things interesting by introducing familiar lands from our childhood such as “Alice in Wonderland”, “Snow White and the Seven Dwarves”, “Aladdin”, and “Hercules” among others. Kingdom Hearts veterans will enjoy the familiar travels from one world to another and newbie players will relish in the fact that they get to see Disney-themed worlds.

If there’s one thing that most successful, money-generating apps have in common, it’s the power of personalization. Kingdom Hearts Unchained X takes that to the next level by offering character costumes and accessories hailing from both the Disney and Square Enix franchises. From cool and funky costumes like Sora’s from Kingdom Hearts and the Organization XIII hoodie, to weird and funny overalls such as The Cheshire Cat from Alice in Wonderland!

Everything from getting the health and gauge orbs to the simplest click and message pop ups – all of these are patterned to the long time running sound effects of the series. These are matched with themed tunes sprawling across each world.

How can a turn-based game with only three ways to attack be so engaging? By providing incentive-filled objectives and attack “medals” featuring your favourite characters! Boasting over 200 levels of different realms, you and your keyblade will be set to conquer darkness and fight over 100 variations of Heartless. And you don’t have to do it alone: You can set up a party together with your friends and beat them all up!

While the app is available only on North America, there’s a step-by-step guide posted on kh13.com for both Android and iOS that makes it available across the world – There’s also a Facebook group that newbies can check out to ask for help! 🙂

See you at Daybreak town! 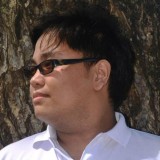 Get Organized! The Bullet Journal

Girl on a Steamer