THE PHONES OF THIS MONTH HAVE ARRIVED!

The Samsung Galaxy S5 has been officially launched. The S5 is the latest challenger device to launch into an ever-crowded market. This time Samsung’s focus is more into what users need; the phone looks great; and you can easily recognize the S3, S4 and Note 3 DNA footprints in Galaxy S5 design. A good thing about S5 is that it is water and dust proof – to an IP67 rating – which means it’s completely resistant to dust and water to a depth of 1 metre for 30 minutes. The S5 uses a snapdragon 801 2.45GHz quad core CPU with 2GB RAM combined with Full HD Super AMOLED 5.1-inches display and a 16 mega pixels camera. The other cool features of S5 are finger print scanner and heart rate sensor. Samsung has also included a ‘kid mode’ which enables you to restrict device usage while in the hands of kids. The S5 is packed with 2800 mAh battery and gives up to 12 hours of Talk time.

Nokia has long been known as a mobile handset manufacturing giant. The Nokia X is their first device, working on Android OS. Nokia X is based on Qualcomm Snapdragon S4 Dual Core 1GHz processor, 512 MB RAM, 4GB Internal memory, a 4-inches WVGA capacitive touch display, 3 mega-pixels FWVGA camera and Dual SIM capability. The battery provides up to 10.5 hours of talk time over 3G and is equipped with 17 days’ standby time with dual SIM.

BBC: Google is branching out in the wearable technology market, with the release of a software development kit. This would allow developers to create wearable devices such as smart watches and fitness trackers using the Android operating system. Samsung’s Galaxy Gear smart watch did, for some time, run a version of Android – but following concerns over its interface and battery life, switched to the Tizen software platform for its latest watch, the Gear 2.

The Asian bread, Roti, is well known and consumed all over the world. Ideally you want to make fresh homemade roti or chappati, but that’s not always possible for working women, and men. Well now Zimplistic has manufactured the “Rotimatic,“ which can make the dough and cook fresh roti in a matter of minutes. Here’s the video: (http://www.youtube.com/watch?feature=player_embedded&v=EsfccHgWDb0)

HAAD: The Health Authority – Abu Dhabi (HAAD) is the regulatory body of the Healthcare Sector in the Emirate of Abu Dhabi that promotes health and wellbeing in the population. This application gives you access to news and events, information about HAAD. In addition, you can also search for doctors, facilities, pharmacies, medicines, sick leave certificates etc. Free to download for Android devices. 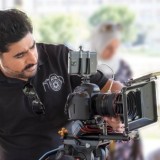