This entry by Khalid marks the debut of his complimentary comic strip series, “Chicken-Hawk,” our protagonists are Russell Young and Charlie Gardner, both tasked by their friend Faisal to bring in a 1980 Chicken-Hawk from Austin, Texas all the way to Ras Al-Khaimah, UAE.

The weekend of the 25th to the 27th of October had the state of Louisiana undergo repulsive weather from Tropical Storm Olga. The I-10 Highway eastbound towards Baton Rouge was pounded by heavy smacks of rain that lasted for as long as two hours, causing traffic to tread slowly for safe braking. The timing of this weather was impeccable, as it was also the weekend that my cousin on my dad’s side was attempting to make his way to New Orleans on flight from Phoenix, Arizona. He had an extra ticket for me to see an American football game between Arizona Cardinals and the New Orleans Saints.

I had not been to New Orleans in nine years, and since my dad was in town for the week (visiting from Abu-Dhabi) we hit the road to see what new calamities and attractions had blessed the Big Easy.

Events such as these are ones that I look forward to all the time since they involve a road trip (last road trip as of this article was the UAE-wide one covering all seven Emirates), and they serve as perfect getaways from the stress that the urban jungle of Houston has sometimes.

I have been to Louisiana many times since I have family in Baton Rouge, in a rural area north east, approximately twenty minutes from the Mississippi border. Every drive over there yields new things to experience, beginning with the pit-stops, or gas stations, with a significant gas station known as Buccee’s.

Buccee’s is a Texas specialty and has been known as the deity of gas stations, spanning wide acres apart containing many fueling points as well as a convenience store selling wide arrays of breakfast tacos, barbeque sandwiches and the San Antonio specialty of fudge. Most road trips throughout Texas are culturally not recognized as Texas road trips if a Buccee’s was not visited.

As dad and I survived the pouring desolation of the rain that Olga threw, my cousin spilled bad news: he was unable to fly to New Orleans as its airport lost power from Olga, therefore shutting down and cancelling all flights inbound to it.

We decided to make most of the trip and settle at our hotel anyway. Apart from loss of power at the airport, no other such damage was noticed throughout the city. In fact, the rest of New Orleans had looked as if no such storm had ravaged it. We were roughly a ten-minute walk from Bourbon Street, known famously (or infamously depending how you take it) for all kinds of charades and musical performances that go on past midnight, with the addition of bars that are open for what appears to be infinity. The Big Easy finds it easy to have a good time—if not a great time if it is a Saturday night, as ours was met with jazz parades and local acts serenading the streets with viewers dancing and cheering along to the music.

This chaotic extravaganza was a sight to appreciate even with someone sensitive to the noise and all-over-the-place visuals such as myself, at least for a few minutes as I anticipated eagerly for our next spot to finish the day.

Dad and I finished our trek through the jazz-tastic crowds and entered the also crowded Mr. B’s. The bistro had a 1920’s prohibition-era atmosphere with people enjoying Saturday night gumbo and filet mignon throughout a series of tables as the bar was seated by a good number of Texans watching the televised recap on the last game between the Houston Astros and D.C. Nationals (the next game was on Sunday, the 27th, and as of this article, the Astros have unfortunately not “taken it back”).

One would have to book a reservation here considering the big number of attendees at Mr. B’s on Saturday night. The pricing is not too high above the high-end, but they are worth in enjoying the marvelous selection of gumbo (from chicken to crawfish), steaks, and a couple of gourmet burgers.

This journal entry serves as a preview as well my attempt to write about my experiences in the outer worlds as an ever-travelling Emirati, the next few entries will be new Chicken-Hawk installments continuing Russel and Gardner’s quest in delivering the Chicken-Hawk to Faisal across the Atlantic. 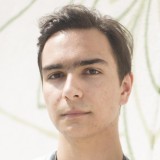