From Neuroscientist to filmmaker, what makes this Emirati tick?

Emirati director and filmmaker, Amal Alagroobi got her start in thought provoking documentary films, Half Emirati and The Brain That Sings. In 2016, Amal’s short film, Under the Hat won the Doha Film Institute grant in  the short movies category. She was also the Best New Director for WIFT, UAE.

She spoke to Tempo earlier about her works.

Michelle: You started you career in a different sector, as a neuroscientist. What was the turning point when you decided you wanted to get into directing?

I’d always wanted to be a part of the film business but I looked around and I wasn’t happy where I was. The film festivals: I used to watch them on TV all the time…cinema was just a part of my life. I felt like I was missing out on opportunities and I just decided one day that I wanted to follow my heart and pursue my passion. I didn’t really set out to tell stories; I wanted to create them and be in them.

Michelle: As a director, is your style more hands on with actors, or more improvised?

I have only directed one fiction film and that was my first experience working with actors. I spent quite a bit of time with them explaining their back-stories, rehearsing and having a chat about how to reach the root of their characters. I think you need to get what you want out of actors, as a director but you have also cast them for a reason. I think there is a point where they need to improvise because they will understand the character more than you. Also, if the writer has spent years developing the script and fixing the dialogue just as it should be all coordinating the movements as they should be, a director can just change years of development- it’s probably there for a reason too!

Michelle: What do you feel is your strongest asset as a director, and what would you like to improve on?

I think I really understand human beings and human emotion and that allows me to manifest this in my work.

I have a great yearning for social justice and so my voice resonates in my documentary work.

I think I also interpret stories in my own unique way in so that it becomes a unique project. I think the only thing left to improve on is my ability to handle different situations and that will come with experience. Every film is a unique experience. Even with actors, there is a certain way to deal with each and every one of them and you won’t know until you work with them and seldom do you work with the same actress actresses over again. It’s the same with your team, as a director you work with different crew all the time and they each present unique perspectives.

Michelle: I had the pleasure of meeting your parents at the premiere of The Brain that Sings at DIFF. They are very supportive and excited about your work. However, there are many young women in the Middle East who might want to get into the media industry, but don’t have that level of support, as it’s not a traditional occupation for women. As an Arab woman filmmaker, what do you see for the future of Arab women in the industry, and what do you think can be done to support them?

I think that women are at the forefront of the film industry in Arabia. I don’t think there is as much hostility towards them – personally I have only felt a sense of respect from my colleagues in the industry here.

I think it’s difficult for a woman to make a name for herself in this industry because there are certain decisions she has to make about her lifestyle and that usually is not conducive to Arab culture/traditions/society. But that does not mean that things can change.

It’s possible to balance your life and find a medium and that should never stop you from pursuing your passion.

Alagroobi Films recently conducted a few courses where we found, mostly women who were enthusiastic about pursuing a career in the film industry – we found editors, cinematographers, producers and we’ve managed to include them in the productions we do.  This is part of our duty to the country we have established our company in; we can just make movies, we have to leave something here for the people and add to the pot.

Michelle: Tell us about your latest project, Under the Hat. What was the inspiration for the story?

Under the Hat came to me as I was lying in bed. We have just moved into a new home and the Prayer caller of the mosque just sounded so bad. I kept thinking perhaps maybe they can remove him. But who will replace him? I then fabricated a story about the least likely candidate and there we had it!  It was tough trying to find a scriptwriter to write the script in Arabic because many people found the nature of the story rather sensitive. I finally met Yousef Ibrahim; we really got along and worked together for a solid two years to develop the script. It’s not easy. Scripts have many revisions and even then it may not be perfect.

Michelle: What’s next for you?

I’m going to spend some time working on developing my writing skills. The story always starts with a good script and if I can’t master all aspects of my craft then I will never be great at what I do.

With my production company Alagroobi Films, we are going to start developing some more scripts and working with some of our international producers to create more feature films for theatrical release so we will be looking for great writers and slowly building our team.

We needn’t forget that the film industry is a film business – eventually our films have to make money so we are also looking for some great investors who would like to pump funds into long-term investments as well as into the development of the Arab film industry. For instance, we are now in development with the story that will have some big name Hollywood actors but we would also like Arab actors (and crew) to be involved so we have a chance to help them grow.

Women in Film have been in Los Angeles for over 40 years, supporting women in various facets of the media industry. Women in Film and Television (WIFT) UAE, is currently the only branch of the parent organization in the Middle East. Our objective is to support women of all nationalities in the UAE with their media projects. We will be showcasing women filmmakers in each issue of Tempo. 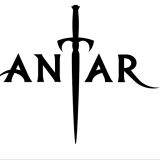